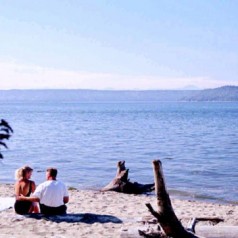 Let Team Marti be your expert guide as you begin the home buying and home selling process.

Working with Marti and her team has been a great experience. I was worried about selling my house while living in another state, but the process was very smooth! Marti and her team were always there
to answer my questions. They did whatever was necessary and kept me informed during the entire
process. Definitely recommend this team!

Marti did so many extra things that made our home so open and pleasing for the buyer to see. There wasn’t a negative moment in the whole process…from listing to closing. She is amazing.

Marti made sure our house had great photographs, was staged perfectly, and sold it in a weekend! She was knowledgeable, friendly, and knew the area and the business! She’s wonderful!

We had to sell the family home of 50 years, which is a difficult task. Marti and her team made this process go so smoothly. If you are looking for a trustworthy, knowledgeable agent to buy or sell your home, look no further! You will not be disappointed!!!

Marti’s team is fantastic! They helped us sell and buy this year in a somewhat scary market. They were professional and personal…that is a rare combination these days! Our house was professionally staged for free and sold for more than asking. We were also able to purchase our new home in a multiple offer situation largely due to their expertise in negotiating.

With each step they went above and beyond for us personal and professionally. I am a walking commercial for them! Thank you team Marti!!

Best Real Estate Agent of Kent eight times is no accident. I would highly recommend her for anyone considering an agent – go with the best there is. Thanks again, Marti. You, Valerie and your team ROCK!

Marti and her team helped us sell two houses this year. She did an amazing job with staging and the photographs. She made sure that the buyers were qualified and she kept things on track after the offer. I would highly recommend her.

Marti and her team were, hands down, the best we could have worked with in selling our home. We cannot express enough how much we valued working with her.

Marti and her team were fantastic. We set a price on my house and it was sold in one day!!!!! Would I use her and her team again? Absolutely. Would I refer a friend or relative? Without a doubt!

The sale of our house with Marti was lightning fast! She is extremely knowledgeable and experienced. Thanks, Marti, for all your work and help!

Marti is excellent! I was able to purchase my first home thanks to her. She kept me up to speed on the buying process and stayed in contact every step of the way! Personal and professional, Marti is AWESOME.

Marti works hard to understand what you want. She keeps you informed and she will go out of her way to get answers to questions that you have. I have worked with many realtors. I can’t think of any other realtor that I would rather work with.